‘Pomegranate Hearts’ is an historical as well as a political love story, set in the city of Kerman (Karmanieh as stated in the ancient maps) in the south east of Iran. The story spans the length of the twentieth century. Suri is the fifth girl born into a wealthy Karmanieh family. Mute and neglected by her natural family, she lives with her mother’s special maid, Fatima and when she reaches the age of reason, which is seven, she is ordered to move back into the heram and live in the shadow of her sisters. At the age of 12, Suri is married off to Javad, a Russian-educated socialist and outcast who is three times her age. Javad waits for Suri to grow into an adult and in the meantime teaches her reading and writing and so communicating. Suri falls in love with Javad and flourishes with time, becoming well known among the Karmanieh elite. For 10 years Javad and Suri live a happy life with their 3 children; Sara, Shireen and Sasan. In the early 1940s Javad decides to return to Russia to fight the Nazis. He never returns. Suri is left with three children and a broken heart. She manages to fight the traditional society and send her children to Tehran to study. The children spend their early adult life in the midst of the Shah’s Americanisation and later get caught in the whirlwind of the Revolution. Years later, Shireen travels to Russia to obtain information about her father and from among the decaying KGB archives the truth emerges. ‘Pomegranate Hearts’ is a comprehensive review of twentieth century Iran and the country’s complicated relations with her closest neighbour, Russia. As a storyteller, the author has written the novel in a lyrical language which combines wit and delightful descriptions of nature, especially that of Kerman and the surrounding desert, where the novel was born.

According to Emily Regan Wills, who reviewed the book for the Journal of International Women’s Studies (May 2007 Issue), ‘the story aspires to be an Isabel Allende-like mix of real political intrigue and fascinating characters.  The book shines at depicting the world of its characters and gender seclusion and the household politics of servants and housekeepers. Karmanieh is brought alive through magical-realist descriptions of conscious landscape, responding to the suffering of characters and to political developments. It is told in a storyteller’s voice, weaving elements of nature, myth, and personal history into a whole.’

According to Dr Parastou Donyai, who spoke of the book in the London launch (Nov 2006),

“Pomegranate hearts is a novel about ‘freedom’, lack of freedom and the associated consequences.  At times there is no inherent freedom; at times existing freedom is removed; at times freedom is bestowed like a heavenly gift.

Freedom must be considered in the light of the prevailing social norms.  Early on, we are introduced to one of the traditions in early twentieth-century Iran.  The protagonist Suri writes: ‘men lived in the biruni, which were the outer buildings in each household compound and women were confined to the andaruni, which was protected by high walls.  I wondered how they could remain such silhouettes; shadows moving under the cover of night, their voices never heard, and their faces covered from the sun and the moon. Captive birds caged and hidden.’  Retrospectively Suri is questioning the many facets of this absence of freedom in women’s lives.  They are restricted in their movements, separated from the outer world that belongs to men, and deprived of power and control.  But we must remember that at the time this was a way of life.  The strong women in Pomegranate Hearts crave freedom, fight for freedom and relish every last drop of what freedom they have.  From birth, through life and even afterwards.  Shireen writes of her own funeral: “I do not want borrowed funerals in borrowed lands.  Let the wild-eyed, long-haired gypsy girl dance with the merriest of songs, reminding me in my borrowed coffin, of my homeland and her snow-covered mountains, her stormy rivers.  Let the congregation attend with any dress code they like.  Let them bring the food they like and plenty of wine, if they may. By passing away into the other world, getting to know my new neighbours, if I find a bunch of them, I want to share a glass with each of those sinners; Bernard Shaw, Khayam, Hafiz, and that wanderer, womaniser, whom I have loved all my life, Sa’adi of Shiraz.  Before you lower me down, splash the earth with particles of that everlasting sun that barely sets in my homeland.  No prayers please.  I will choose my own prayers if I may.  The music must not be forgotten; the best of Iranian tar.  You are free to wail or dance but just to the music.  If you wish to invite an Akhund to the ceremony, make sure he gets quite drunk and dances with the music.  You are free to remember me whichever way you like, or forget me the day after.  But do not talk of me as if I had been a saint all my life.  If you talk of me, talk of me as a woman, with goodness and badness, with loves and losses.”

According to Isabelle Romaine who wrote a review for Exiled Ink magazine ( 2006), Rouhi Shafii draws our attention to the implications of our actions and our decisions in History. Her text in suggestive and poetic. Favourite metaphors such as ‘desert’ and ‘milky way’ abundant. Implicitly we are reminded that Iran is traditionally renowned for its love of poetry and beauty of nature.

Rouhi Shafii’s comments on Pomegranate Hearts gives a clear picture of the purpose behind her text: Pomegranate Hearts’ is the essence of my life experience and knowledge of the world. In today’s world, where Iran is often placed in the midst of much controversy, reading the history of the country, not through academic books but a novel which familiarises the reader with the wit and humanism of her people and her natural beauties, is a rewarding experience.

The publishers, Shiraz Press announces “proud to have launched this wholesome, insightful novel set in twentieth century Iran. ‘Pomegranate Hearts’ is a journey into the life and culture of a people little-known to the West. Entertaining, moving and thought-provoking, this love-story holds its ground among the very best.” 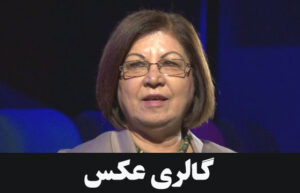 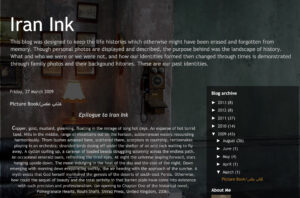